Posted by Dementia Dance on July 7, 2016 in Uncategorized |No Comments

I walked to mom’s house today to water a groundcover plant I was able to rescue from a client that I installed in her landscape. It’s getting dry enough that the planting bed along her driveway also needed its soaker hose to run for a while. While I hadn’t planned on going into the house, I ended up studying mom’s pantry cabinet while the soaker hose ran for 30 minutes.

The first things I discovered were three quart sized aseptic boxes of open chicken and beef broth. I’ve seen these boxes again and again, but never realized they were partially used. The kicker is they collectively expired between 2010 and 2013. Why the kitchen hasn’t smelled is beyond my understanding. 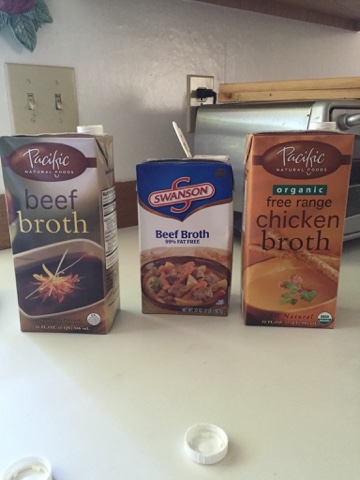 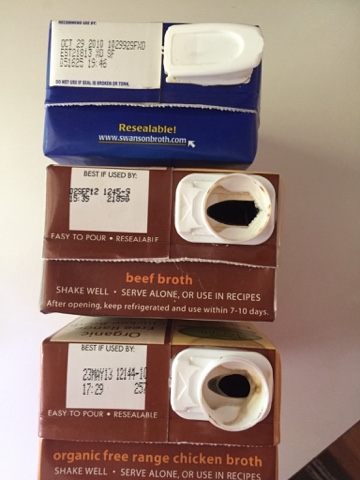 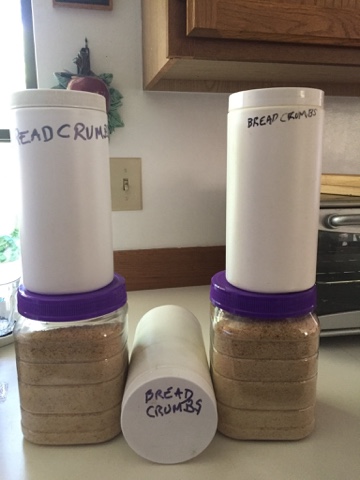 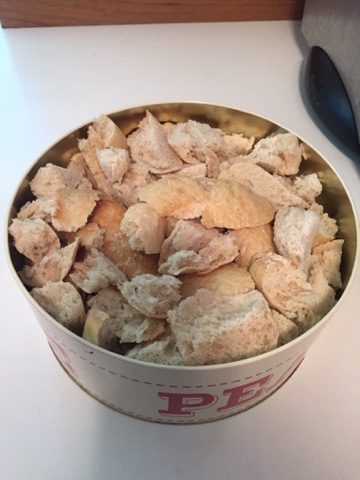 Mom saves tins like she save boxes. We have something in common! I too am drawn to containers. My girlfriend, the clinical psychologist, says my attraction to bowls, containers, and organizational paraphernalia is an expression of my control-freakness. Makes perfect sense! Mom is packing things into old tins. The cabinet has three unopened boxes of crackers, and two plastic containers of opened cracker packages. There were also two medium sized tins full of (the same) crackers in (different) ziplocks, soda crackers from restaurants, and crackers rolled up in plastic wrap.
I turned my attention to the spices on the counter and, initially, found two bottles of oregano. After combining them, I found a third, and threw it out. 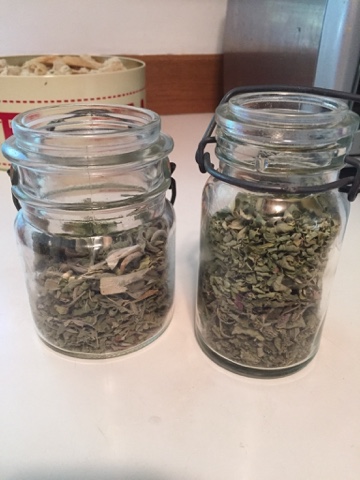 Then there was the antique can of whole green chilis, now also in the trash: 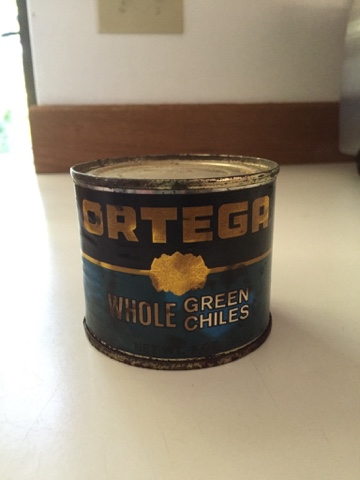 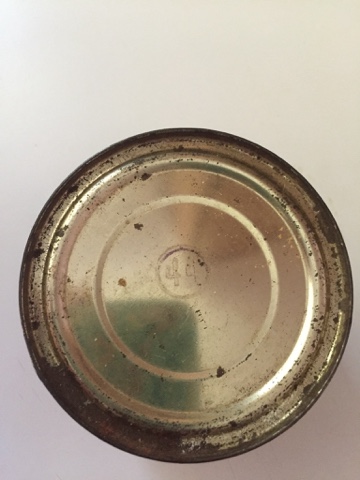 The cabinet looks full with everything visible. Chaos and redundancy has been managed. The top shelf still has lovely empty tins, some she’s had as long as I remember!